Since 1988 the International Ettlingen Piano Competition,  gathers piano enthusiasts for a week from all over the world.

Until the deadline on April 21, 2022, 276 candidates coming from 41 nations applied. 99 young and talented were admitted to the next rounds after a preselection by recordings.

The public Auditions (free admission) took place in the historical Asam-Hall in the castle of Ettlingen from August 7-13. 10 main prizes and special prizes worth around 20,000 euro were awarded during the Prizewinner’s Concert in Ettlingen Town-Hall on Sunday, August 14, 2022. 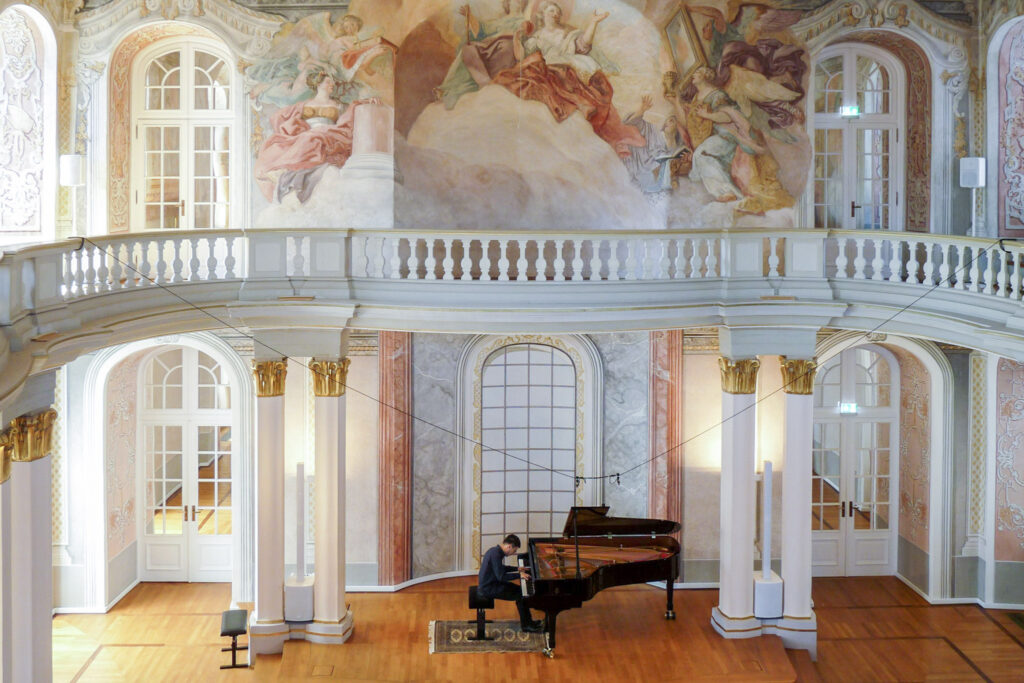 At the eighteenth International Piano Competition in the castle of Ettlingen from August 7-14, 2022 the following prizes were awarded:

Category A (Participants until 15 years)

Category B (Participants until 22 years)