EMCY is the European Union of Music Competitions for Youth: a network of national and international music competitions for young people across Europe, covering nearly thirty countries from Portugal to Russia and from Norway to Bulgaria. Since its foundation in 1970, EMCY stands for musical excellence, promoting the youth and European cooperation. 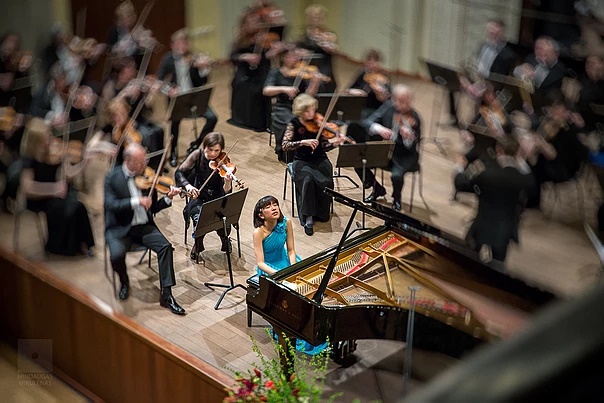 We believe that music competitions stimulate passionate musicianship. For many, they’re a first glimpse of performing in public, playing in ensembles, or of breaking out of orthodox repertoire. They foster a sense of healthy self-assessment, can help conquer nerves, and motivate practise. We believe young people can be inspired by experiencing fresh interpretations and discovering new works, and make new friends from other European cultures in the process.

In the 1960s, the national youth music competitions of Belgium, France and West Germany started working together, at first by exchanging prize winners for international concerts. An outstanding musician from France, for example, might be invited to play in Belgium, either as part of the national competition there, or independently of it. This lead to the foundation, by these three countries, of the 'European Union of National Music Competitions for Youth' in Brussels on 9th November 1970.

In the 1970s and 80s, a further fourteen national competitions joined EMCY and took part in regular conferences and General Assemblies, broadening the possibilities we were able to offer young musicians, and reaching new corners of the continent. As well as being promoted by EMCY, giving international concerts and taking part in our projects, successful young musicians were able to participate in EMCY’s yearly pan-European competition, the European Music Prize for Youth.

At the General Assembly in Ljubljana (Slovenia) in 1992, it was decided that international youth music competitions could become EMCY members (hence the change in our name!), and EMCY’s membership continued to grow, with international competitions eventually becoming more numerous than national ones.

From its foundation until 1997, EMCY was based in Brussels, hosted by the bank Credit Communal de Bélgique. Since 1997, however, the EMCY Office has been located in Munich (Germany), where it is hosted by the German Music Council and its competition Jugend musiziert