Margaréta Hercová was born in 2006 in Slovakia. Since 2013 she is attending the Primary school Stary Tekov.

In addition to the traditional school activities, she attended the Art school Tlmace until 2016, where she was playing the dulcimer (cymbalo). In 2017 she started the Art school Levice where she is currently studying dulcimer, violin and singing.

She won different competitions. From 2013 to 2020 she is participating at the Cimbalovy Presporok competition, that is part of the EMCY Slovakia. There she won the gold award every year, the jury award for 2 times and she was the winner of the competition 3 times.

Margaréta Hercová is also a member of a folk music group called Slovak folklore and in her free time, she takes equitation classes.

If you are interested in working with Margaréta, please get in touch with the EMCY Office. 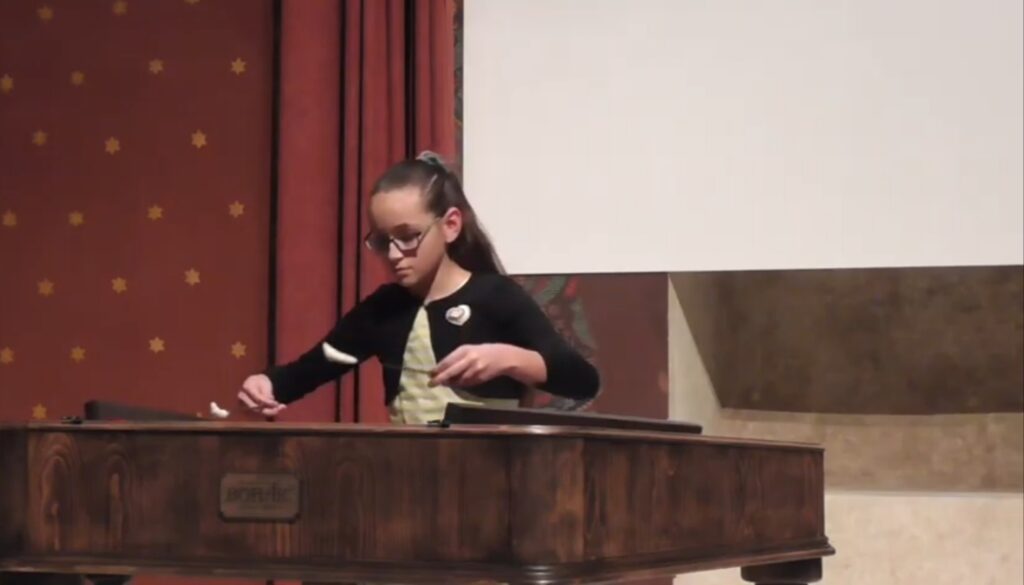