Born in 2000 in Bucharest, Romania, Kira started piano lessons as a hobby at the age of six at Music School No. 3 and moved to the National College of Music “Dinu Lipatti” at the age of ten, after deciding to pursue a career in music. Under the guidance of prof. Elena Petrenco, she was a prizewinner and representative of the College in the National “Olimpiada of Musical Interpretation” throughout her years there, alongside other international and national competitions, such as “Young Pianists of the North”, UK. After completing the first two years of high school at “Gh. Lazar” Nat. College in Bucharest, Kira auditioned successfully at the Purcell School for Young Musicians in London, where she was supported by the UK Government’s Music and Dance Scheme. Since then she has been studying with prof. William Fong and in 2018 she was accepted with a full-scholarship at the Royal Academy of Music in London.

Kira has won several international prizes, including the EMCY prize, Audience prize and City of Fulda prize at PIANALE International Academy & Competition, Germany (2019), “Vladimir Krainev” and “Khortitsa”, Ukraine (2018), “Evangelia Tjarri”, Cyprus (2017), Jeunesse Musicales, Romania (2016), Concours Musical de France and others, apart from the annual national and international piano competitions taking place in Romania, such as “Millenium Piano”, “Pro Piano”, “Tudor Dumitrescu” and others.
In July 2020, she was selected as one of the four young talents to take part in a scholarship programme organized by Radio Romania Muzical, inviting her to play a concert with the Radio Chamber Orchestra in Bucharest, the “Transylvania” Philarmonic and “Arcadia Quartet” in Cluj-Napoca.

Kira has given solo recitals at several prestigious concert halls, including Wigmore Hall, Milton Court, St. Martin in the Fields and St. James Piccadilly in London, RCS, Glasgow and Fazioli piano factory in Sacile. Since 2019 she has been invited to perform every season at the Chamber Hall of the Romanian Atheneum. She has also performed various concertos with orchestra in the UK, Ukraine, Poland, Bulgaria and Romania.

She has also been invited to masterclasses around Europe, such as “Neuhaus Kawai Masterclass” and “Pianale” in Germany, “Suolahti Music Festival” in Finland, “Arthur Rubinstein masterclass” in Spain, “Talent Music Summer Course” in Italy, “Summer Junior Masterclass” in Scotland, “Paderewski Academy” in Poland and others, and had lessons with Stephen Kovacevich, Nikolai Demidenko, Grigory Gruzman, Dmitri Alexeev, Noriko Ogawa, Uta Weyand, Pascal Devoyon, Erik Tawaststjerna and Yong Hi Moon among others.
She has also been involved in projects about musical education, by participating in interviews, educational and lecture-concerts, “Outreach” programs for children and teaching in high schools.

If you are interested in working with Kira, please get in touch with the EMCY Office. 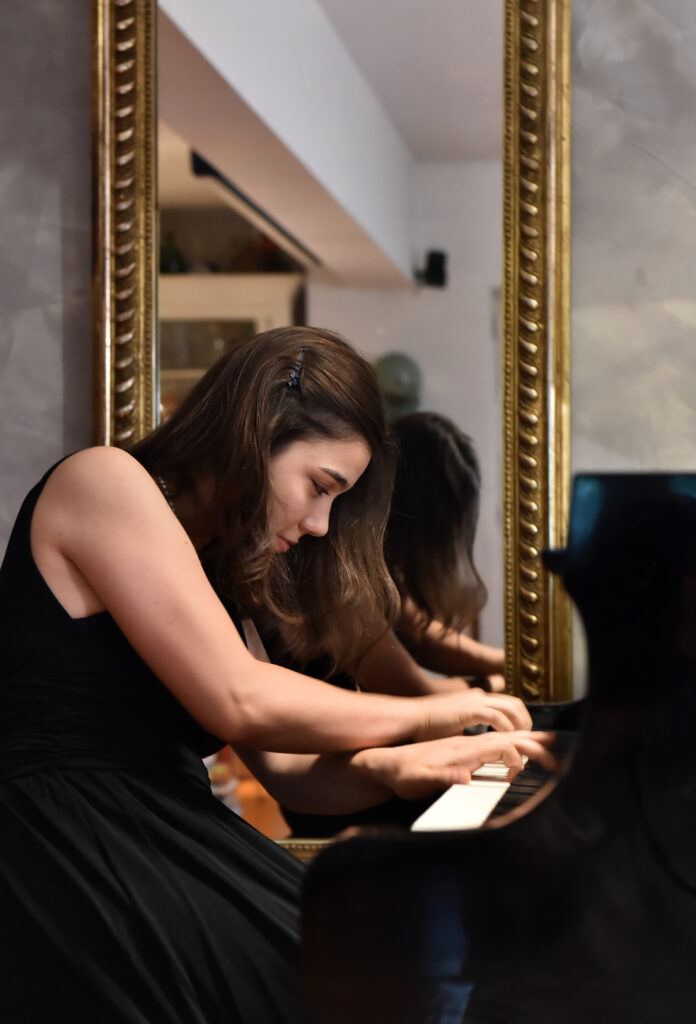