David Moosmann (born oct. 1999) got his first violin studies with his dad Samuel Moosmann. Further teachers were among others Martha Libalova, Vladislav Goldfeld, Arkady Gutnikov and Mihaela Oprea. Since october 2017, David was a pre-college student at Prof. Heime Müller and is now studying since october 2018 at the Musikhochschule Lübeck.

From 2016 to 2018, David was second concertmaster from the youth orchestra in Schleswig Holstein and the NDR youth orchestra. And from 2017 until 2019 he was principal violinist from the 2nd violins in the national youth orchestra of Germany. There he played with famous conductors like Alan Gilbert, Daniele Gatti and Sir Simon Rattle.

Since July 2019, David is a member of the Junge Deutsche Philharmonie.

With his string quartet, David participated in many Masterclasses, for example in Frenswegen and Lübeck. Besides, in this year he played the string quintet from Franz Schubert.

When David was only ten years old, he won the South Jutland Talent Competition and played as a soloist with the South Jutland Symphony Orchestra. In 2019 and 2020 he played the violin concerto Nr. 5 from W. A. Mozart with the Kammerphilharmonie Rhein-Erft.

In March 2020, David won the first prize and a special prize from the European Union of Music Competitions for Youth (EMCY) at the Oresund Solist Competition.

At the Jacob Gade Violin Competition in 2019, he won a first price and a special price for the best interpretation of a danish work.

David is also first price winner in the Bundeswettbewerb from Jugend Musiziert.

Since march 2019, David plays on a Ludovicus Guersan from the 18th century, a violin on loan from a generous sponsor.

If you are interested in working with David, please get in touch with the EMCY Office. 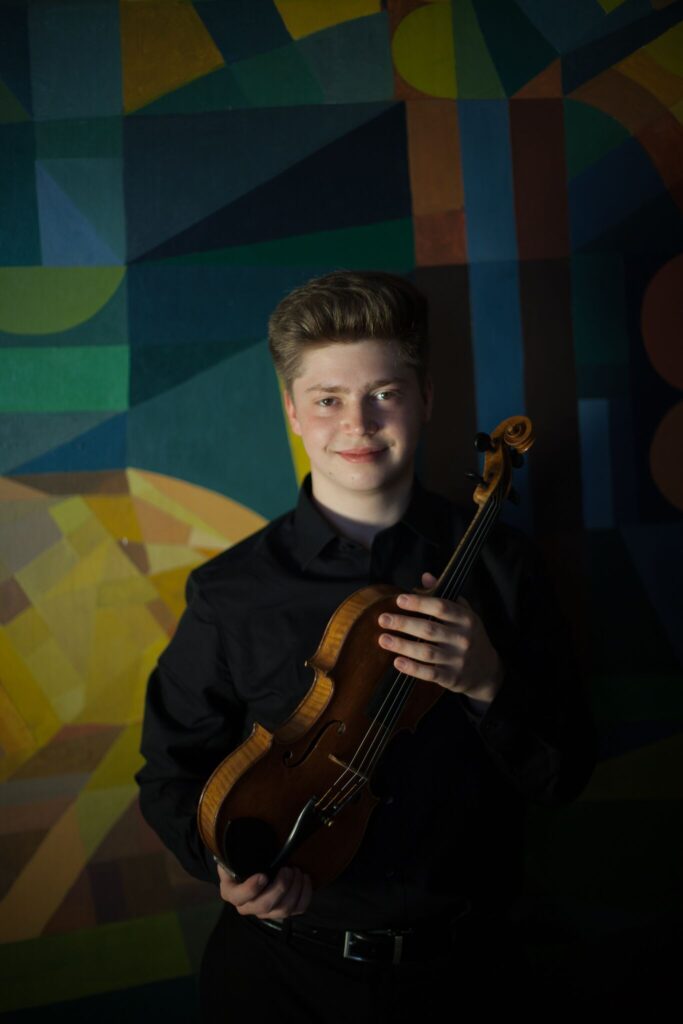